Our main Golf For Fun Group plays on Tuesday and Friday mornings at Yarrambat Golf Club. The leader of the group is Alan Clayton.

In addition, in some terms, we have golf workshops for beginners led by Abe Kelabora.

On 16th December, our Golf Group had their final game for the year. 32 players started at 9.30 am and completed just after midday. Afterwards, the players plus some of their partners met at Plenty Views Restaurant in Plenty for lunch. The group’s leader, Alan Clayton, presented prizes for the winners of the various sections of the game: the Longest Drives, Nearest to the Pins, the Team which won the game for the day, etc. As well as Alan, part of the credit for a very successful year of golf should go to our Handicapper, Mike Payne. 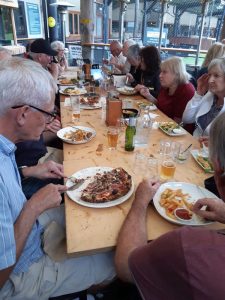 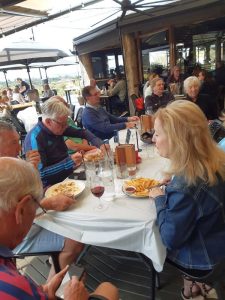 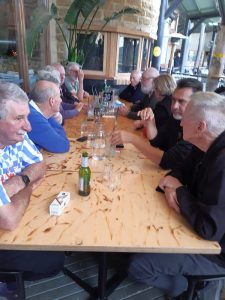 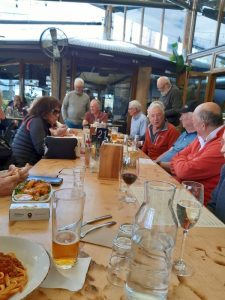 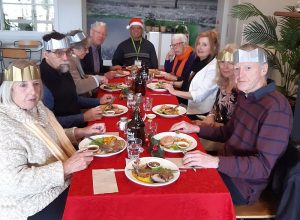 July really was freezing cold. So, the idea came to have a Christmas in July party to inject some joy into this otherwise a gloomy winter atmosphere. That is what some graduates from our Golf Workshops for the Beginners and their partners did on Wednesday, 27th July, at the Bistro, Yarrambat Park Golf Course. A total of 10 people turned up. The Party was opened with a welcome from our instructor, Abe Kelabora, then everyone cracked open the bon bons and put their hats on. Surprisingly, the weather was good, sunny and no rain. So, from inside the bistro, some people could not help watching how the games were being played at 18th hole outside. 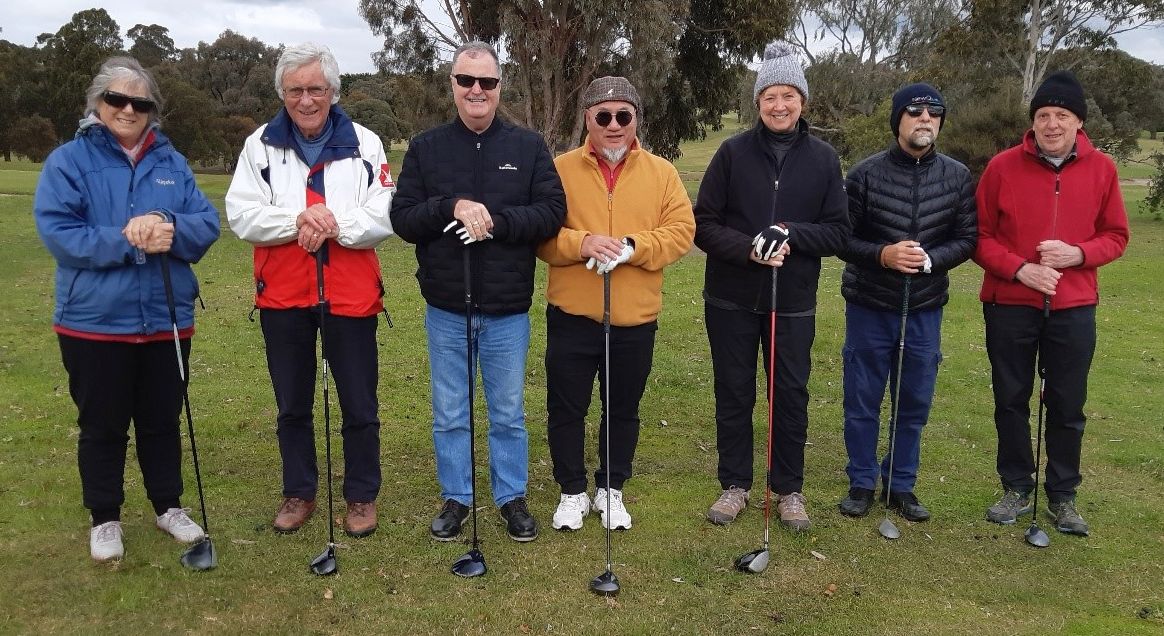 On 8th June, the last session of our Golf Workshop for the Beginners was held at Yarrambat Park Golf Course. This was the first real golf game to conclude the six weeks of workshops. The game started at 1pm, and took three hours to complete.

At the Hole No.19, in the cafe, everyone recalled their experiences during the game. A few had lost their balls in the lakes and others had to shoot some balls from bunkers. But everyone agreed that it had been fun.

Overall, the workshops were successful and some can now play golf with some degree of confidence. 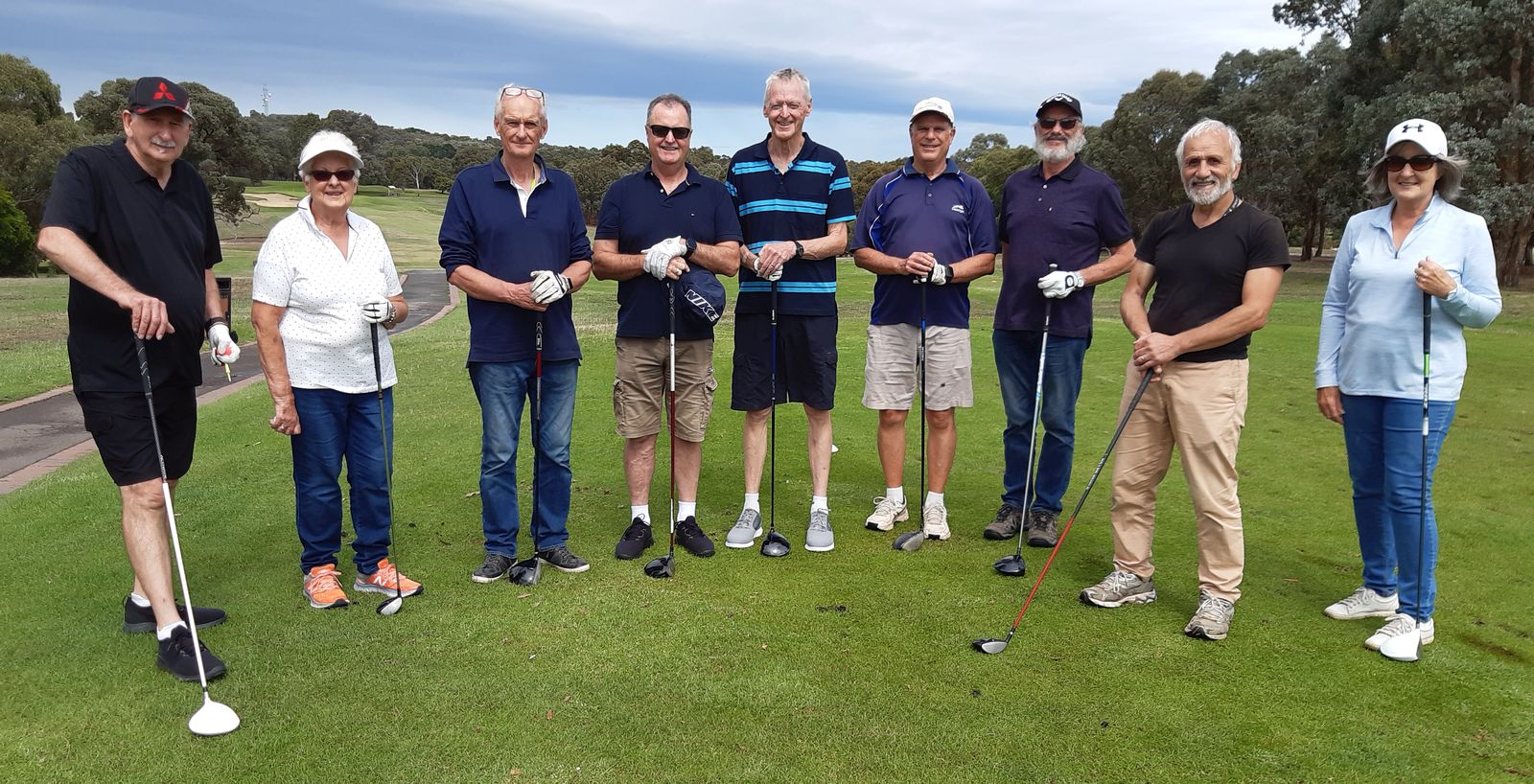 On 16th March, the last session of our Golf Workshop for Beginners was held at Yarrambat Park Golf Course. This was the first real golf game to conclude the 6 weeks of workshops. Just about everyone participated, together with three mentors from our Golf for Fun Group.

After a light lunch at the bistro and a briefing, the players were divided into three teams, each led by a mentor. The game took around 2½ hours.

At the ‘hole no.19’, outside the cafe, everyone recalled their experiences during the game. A few had lost their balls in the lakes and others had had some troubles shooting the balls from bunkers, but everyone had had fun. They can now all play golf with some degree of confidence, hopefully leading to a long and enjoyable journey of playing golf in the years to come.

On 20th January, 12 of our golfers and their partners went to the Corowa Golf and Country Club in NSW, just across the border from Victoria, to escape from Melbourne, to rest and to play golf. 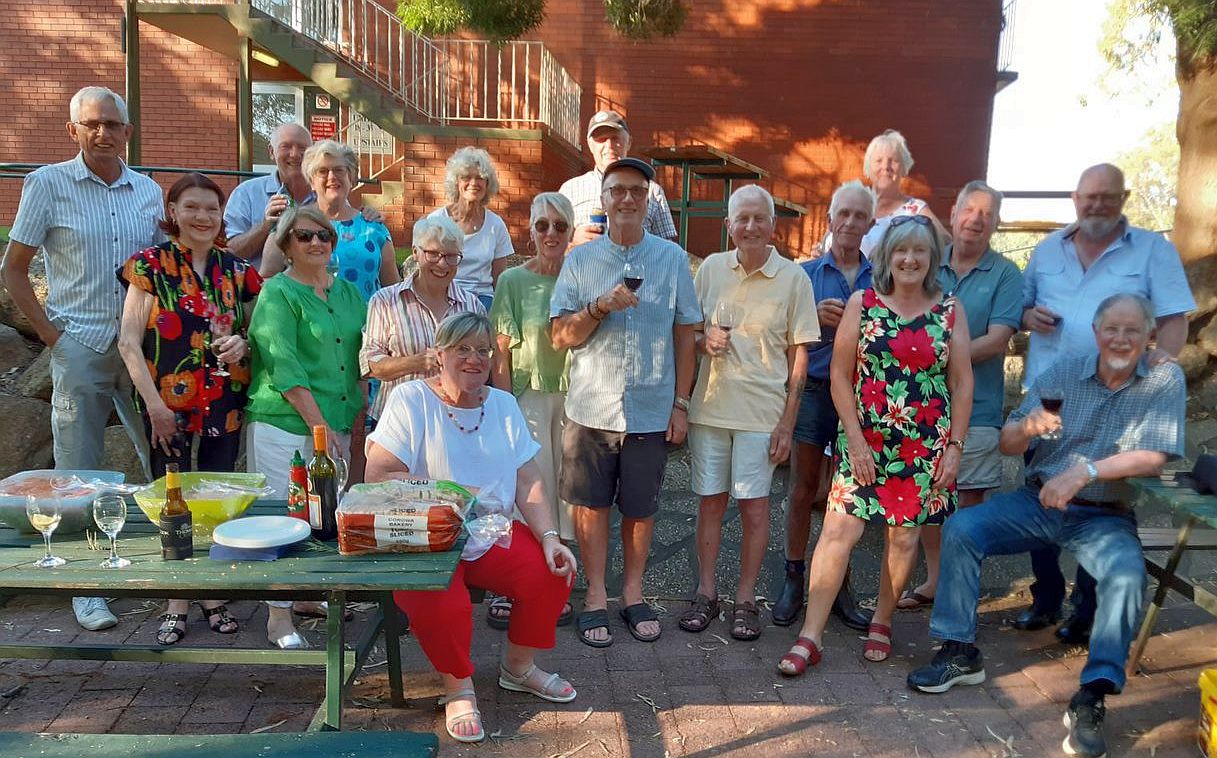 Corowa is a major golf course built on the banks of the Murray River. There are 27 holes, making it one of the bigger golf courses in Australia. They have a licensed restaurant, bars, cafes, games rooms and (of course) TAB. We were housed in some flats located next to club house, along the river banks. It was nice to listen to the birds singing their different tunes in the morning.

3 groups of 4 players played on the Friday, comprising two groups of male players and one group of female players. We teed off at 9am and finished in the early afternoon. The weather was excellent: high 20s, sunny, no rain and no wind.

The 19th hole took the form of a BBQ on Friday evening. Sausages and steaks were cooked and consumed together with salads, breads, and variety of sauces. Drinks were flowing. The mood was relaxed. Then the presentation of prizes was made. So, suitable prizes were awarded to male’s longest drive, female’s longest drive, male NTPs (‘nearest to the pins’), the lowest overall score and the highest overall score. The entertainment was provided by Mike Ormerod with his trumpet and jokes were cracked by various people.

On the whole, Corowa was great. It has set the pattern and, because the packages provided by this golf club are generous, we might well all come here again each year.

Finally, thanks Alan (Clayton) and his wife, Gail, for organising this program. Thanks also to Martin (Winfield) and Jean (Kelabora) for cooking the BBQ; and to everyone else who contributed to making this escape a memorable experience. 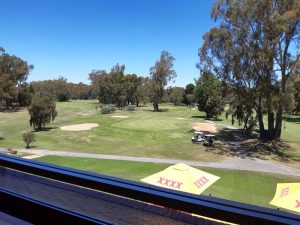 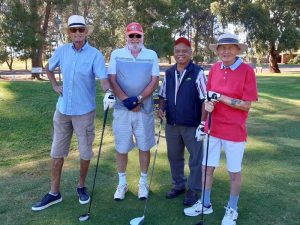 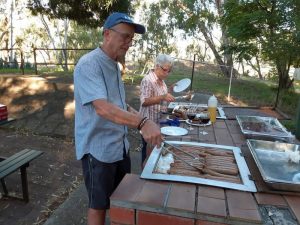 These workshops were successfully completed on Wednesday, 5th May, 2021. The last session was an actual 9-hole game at Yarrambat Park Golf Course. A total of 7 students completed the program, but only 6 attended the final session.

Congratulations to John Jamieson for a hole in one achieved on Friday, 2nd August, 2019 on the fifth hole par three at Yarrambat Golf Club. It was a great shot with a five wood witnessed by his playing partners, Alan Clayton and Chris Steed. Not only did John achieve his hole in one, he finished his round of nine holes with a four over par net 40.