At our request, Judy submitted the following in June 2020. Note that, whilst Judy has given her article the byline ‘an ordinary life’, her contribution over the years to our U3A has actually been extraordinary and, for example, includes most of the interviews listed in the right hand sidebar. 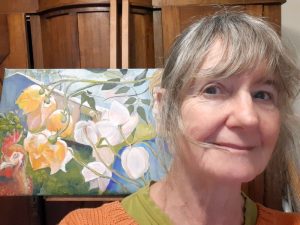 Balwyn in the ‘40s was an outer suburb. The land was once a vineyard hence the ‘wyn’ in Balwyn and mum and dad bought a block there just after the war. Dad was a plumber who loved working with wood, he built our house himself using excess war materials and I remember the house’s exterior was constructed with aeroplane timber veneer. It was a very simple two bedroom double fronted home with a lovely fireplace which kept it warm through cold winters. Today it would probably qualify as a ‘tiny house’ but when we moved in (mum, dad and my older brother David and me as a newborn), it was our palace.

I never moved much from Balwyn. North Balwyn Primary School, Balwyn High School to Leaving standard (Year 11). I remember that in the last year at high school we were taken to the Commonwealth Offices in Carlton and asked to fill in aptitude tests from which we would be advised on further studies or employment. I nominated a career as either a 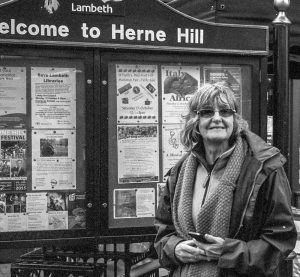 nanny, a kindergarten teacher or a gardener. Eventually, I achieved all those objectives … as a mother and homeowner!

During my youth we did travel, though not in the modern sense. Day trips to Seaford with five neighbourhood kids packed into the back of dad’s station-wagon, summer caravanning at Tidal River, Wilsons Promontory and even the odd trip, by car, with neighbours, to Bondi Beach in Sydney. Fish and chips and sand, I’ll never forget them. Happy memories.

David went on to train as a secondary teacher while I insisted on leaving school at the end of my fifth year, prepared to be a stenographer but more likely a typist. I visited the CES (Commonwealth Employment Service in Camberwell) with my mum and was offered a choice of office jobs from cards in a grey filing cabinet. Melbourne Teachers’ College in Grattan Street, Carlton, sounded the most interesting so I said “yes” and was packaged off to my first job – one of many that I would later hold in the educational system. I remember that the old college building was beautiful, but lonely. My main tasks were answering an antiquated switchboard (it’s workings occupied a whole annexed room) and cutting wax stencils … at every opportunity I could be found drawing.

Fast forwarding through the years, you’ll find nothing out of the ordinary. After the teachers’ college my shorthand training kicked in and was useful at a local newspaper, a recruiting agency, in exports and at a series of educational institutions include primary and secondary schools in Balwyn, TAFE Institutes, a TAFE Board and finally a local secondary college. Marriage and motherhood blended with this career and the constant threads of drawing, painting, dance, reading, writing, language and music peppered the journey.

Soon after my retirement, my mother, for whom I was carer, died. My three boys had all moved away from home and, without mum to care for, my life took an unexpected curve. Those background interests, particularly language, drawing and writing finally had space to grow and, through my discovery of Nillumbik U3A, I found the vehicle which would enable me to nourish them. First, I joined the Italian class, then Creative Writing, then Art, then Tai Chi, then French and now, finally, Tennis. Lilia Deschamps invited me to assist her in the Tai Chi class so I eventually took on a role as back-up Tai Chi tutor – struggling to achieve Lilia’s skills.

I’ve been lucky to explore pleasures so long placed on hold and to meet many interesting and talented people.

When I enrolled in this U3A, I filled out the space on the form which asked me how I could contribute and offered my typing skills. Anne Kane, who was newsletter editor at that time, contacted me and we then worked together for two years – Anne was a committed and lovely U3A member who I admired for her insight and determination. Later, Guy Palmer was looking for writers for Local Food Connect (LFC), an organisation that many of you will recognise, and once again I volunteered and have now been writing for both LFC and Nillumbik U3A for several years. In this capacity, I’ve met many people and enjoyed recording their stories, I consider myself lucky to have this opportunity and take enormous pleasure in recording the stories of others.