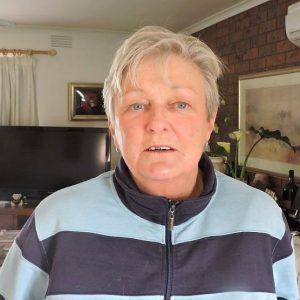 Laraine was a founding member of Nillumbik U3A in 2008, so she’s watched this organisation grow. En route, she’s seen the challenges, enjoyed the camaraderie and gained from learning. She’s contributed in many ways, as a student, as our inaugural secretary, in the office, in reception, as a class rep and now as a tutor. At our 2021 AGM, Laraine’s enormous contribution over a long period was recognised by making her a Life Member of our organisation, one of only two such people.

Laraine moved to St Andrews in 1972 then to Diamond Creek in 1984, but it wasn’t until 2008 that she helped establish our U3A “to enjoy what the U3A could offer the local community.” You could say that Laraine has helped to write our story and contributed to its success by her participation in many classes and support of our tutors over the years.

This year Laraine has taken on the responsibility of tutoring the 3rd Thursday Book Club which, obviously, occurs on the third Thursday of each month during term times. She’s taken on this role as the former tutor of the group has withdrawn and, although Laraine says that she has “no particular skills“, her willingness to assume responsibility is a valued trait.

How does this book club work? Sets of books are provided by the Eltham Branch of our Yarra Plenty Regional Library and members of the group meet monthly in Eltham Library to discuss each of them.