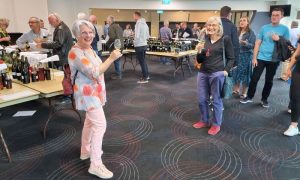 On 20th November, the Eltham Wine Show, Australia’s largest amateur wine show, took place. Many of the people organising the event are members of Nillumbik U3A, as were many of the attendees. There were hundreds of wines to taste. The best ‘wine’ (in my humble opinion) was the cherry liqueur. 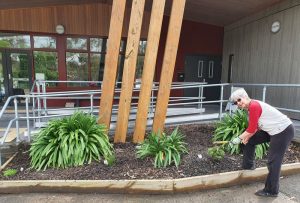 If you have ever been to Eltham Central Pavilion, you will have seen the two small garden beds outside of the main entrance. You will also have seen that they are filled with agapanthus, which is a weed. The reason for this is that there is a concrete slab just under the surface of the soil and it was thought that only agapanthus would be able to survive the resulting boggy conditions.

Thanks to Cath Bauman, Helen Broadbent and Susan Palmer for making this happen. 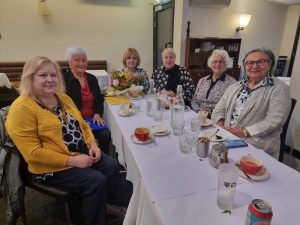 In 2022, U3A Network Victoria introduced an annual Tutors’ Excellence Award “to recognise the significant role Tutors play in the U3A movement.” One of the 8 winners was our very own Jane Davies, who is also a tutor at Banyule. A number of us had tea in Templestowe to celebrate, where Jane and I were surrounded by Banyule presidents, ex-presidents and other luminaries. Congratulations, Jane! 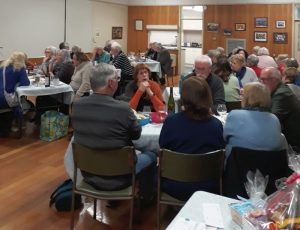 On the evening of Friday, 16th September, around 50 of our members and friends gathered at the Diamond Creek Senior Citizens Centre to participate in a fun evening to test their general knowledge. Some proved to be very knowledgeable indeed and the winning table were rewarded with a basket of goodies to share. Other prizes included a door prize and lucky chair prizes. Judging by the positive comments at the close of the event, a good evening was had by all.

Congratulations to Alan Clayton, Gail Clayton and Pam Griffith for organising such a successful event. 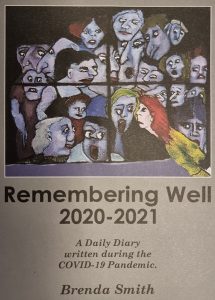 On 26th May, Nillumbik U3A member Brenda Smith launched her book ‘Remembering well 2020-2021. A daily diary written during the Covid-19 pandemic‘ to a full house at Eltham Central Pavilion.

There were speeches, jokes and food and a good time was had by all.

Copies of the book will be available in our book library at Old Eltham Courthouse.

Why are we telling you this?

Because the game was played at Eltham Central Park, which was chosen because of the quality of its facilities. In other words, the newly renovated venue that we share with Eltham Cricket Club, namely Eltham Central Pavilion, is now effectively the MCG of Diamond Valley!

The pitch invasion after the game (see the photo) didn’t quite match the one that happened after Buddy Franklin’s 1,000 goal in the AFL. 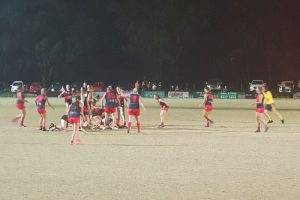 As you may or may not know, Eltham Football Club has a women’s team. On Friday, 30th April they played Diamond Creek under lights and a number of us went to watch. The total crowd was around 200. It was a complete shellacking, with Eltham down 0-48 at halftime before going on to lose 0-86. Eltham are now mid-table, with Diamond Creek still unbeaten.

Both sides played in very similar red and black/dark blue strips, with the main difference being the colour of the shorts (black for Eltham and red for Diamond Creek). It is interesting that, in the photo, all 7 of the players near the ball but not in the congestion are from the Diamond Creek side.

As you know, the U3A now shares premises at Eltham Central Pavilion with Eltham Football Club, whose senior team is commonly known as the Panthers. The Panthers currently play in Division 2 of the Northern Football Netball League.

On Good Friday, 2nd April, a crowd of around 3,000, including a double digit number of U3A members, watched the Panthers beat St Marys, Greensborough 122 (17.20) to 76 (10.16) in the opening game of the season at Eltham Central Park. It was actually a relatively comfortable win, with Eltham leading throughout. Our best player was arguably Brent Macaffer, formerly of Collingwood, who played in the midfield but also scored 3 goals. The game was played according to AFL rules, so the players had to adapt to the recently introduced ‘standing on the mark’ rule which, at AFL level at least, looks like it is noticeably opening up the game.

To this observer’s untrained eye, the game looked as athletic as the AFL but with more of an emphasis on kicking rather than handballing. Somewhat surprisingly, Eltham effectively play in a Essendon strip and St Marys play in a Port Adelaide strip. Does anyone want to do some research into the question: who copied whom? 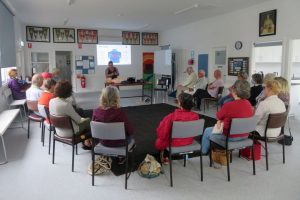 On 24th March at Eltham Guide Hall, various tutors and others attended a presentation on how to use CPR and defibrillators by Raquel from health provider Bolton Clarke.

If you would like to read Bolton Clarke’s presentation, email us and we will send you a copy.

The reason for the session was that we have recently installed a defibrillator at the Guide Hall. 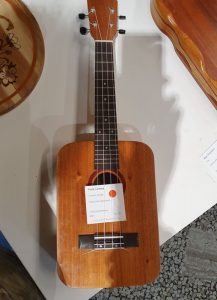 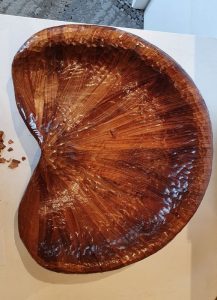 As usual, the annual exhibition by the Eltham & District Woodworkers contained some works by U3A members, including a seat by Sue Bowles and a ukulele by Frank Camera. 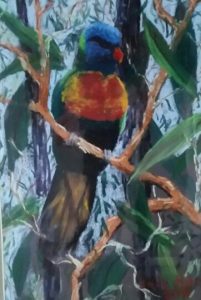 Judy Racz, who is in our Hurstbridge Art class, has an painting exhibition from early October to early November at Bridges Restaurant.

Judy is also available for commissions of portraits, pets or landscapes in pastel or oil. Contact Judy by phone (0468 462 901). 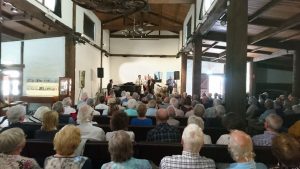 On 26th February, 1917, the Original Dixieland Jazz Band walked into the Victor Studios in New York and recorded the very first recognised jazz recording of Livery Stable Blues. Exactly one hundred years later to the day, in the Barn Gallery at Montsalvat, the Syncopators, in front of a packed audience of 200 people, launched their new album The Pearls. The event was the brainchild of the originator and producer of the jazz festivals held at Montsalvat from 1988 through to 1995, Mal Harrop.

When car-parking problems arose at Montsalvat, Mal took the festival into the city and named it the Marvellous Melbourne Jazz Festival. The Melbourne International Jazz Festival, which continues to this day, owes its beginnings to those earlier festivals run by Mal, as does the Wangaratta festival. In welcoming the audience to the Syncopators concert, Mal’s co-tutor in the Jazz Appreciation class, John Crichton, spoke of Mal’s legacy and his desire to bring live jazz back into the north east of Melbourne.

A thank you party for the valued volunteers of our U3A was held at the Diamond Creek Senior Citizens Centre. Some excellent food, plus wines from our President’s cellar, were enjoyed by all. 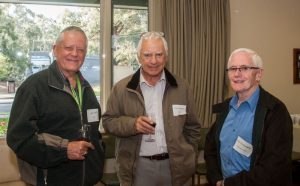 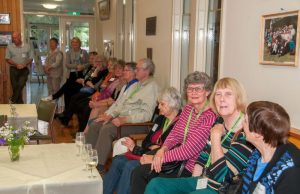 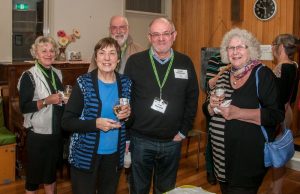 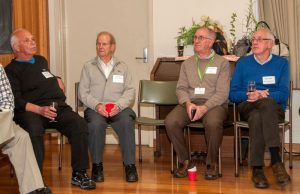 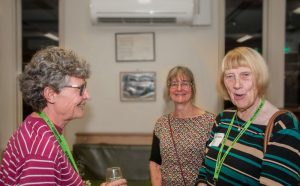 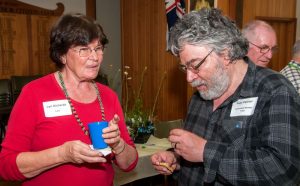 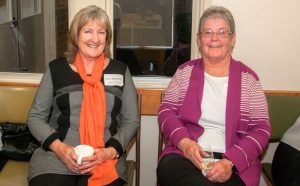