The Walking Maps website has several local walks. These walks are not just routes. Rather, they also list the points of interest along the route, often accompanied by words and/or pictures.

Around the Warrandyte/Kinglake nature conservation reserve.

Sheila Beaton suggests The old Eltham Tip at Pretty Hill Reserve – turn off the Eltham-Yarra Glen Road into Graham Road at the Presbyterian Church in Kangaroo Ground. Go to the end of the road, past Wycliffe Bible Translators. There is room for parking at the end. There is a circular walking path around the peak of the tip which takes around 20 minutes. Lovely trees, views and often lots of kangaroos. (Courtesy of Lyn Frazer)

The Maroondah Aqueduct Trail at Kangaroo Ground (not Research)

The walk itself (by Sheila Beaton)

Turn right into Henley Road off the Eltham Yarra – Glen Road, after passing the Kangaroo Ground War Memorial Tower. Then take the first left, Carters Lane. At the end, turn right into Nicholas Lane and you’ll see a parking area. The trail goes to the left and right. I have only tried the trail to the left. The trail to the right will lead you up the hill back to Henley Road. The trail is also accessible from the other end of Nicholas Lane but it seems the bridge is no longer safe to drive over so it is blocked. We have not found a circuit at this stage, so it is a there and back walk.

The history of the aqueduct (by Evan Gellert)

There are walking tracks along the Maroondah Aqueduct in Research, outside Healesville by Maroondah Dam, and in Kangaroo Ground (as discussed by Sheila Beaton). The Maroondah Dam to Sugarloaf Dam section is still active and you’ve probably driven over this on the Melba Highway near Lilydale Instant Lawn or just outside Yarra Glen on the Eltham-Yarra Glen Road. The section beyond Sugarloaf Dam to the suburb of Reservoir was de-commissioned in 1978.

What drove the need for this project in 1886? Probably gold. The early 1850s gold rush propelled population and wealth in Melbourne. Population grew from around 25,000 in early 1852 to 280,000 in 1880. Wealth also exploded early in the gold rush, enough for Parliament House in Spring Street to be commenced 1855 with the first stage opening in 1856. Until the Maroondah Aqueduct started running in 1891, Melbourne depended on water from Yan Yean, near Whittlesea.

The great Australian depression of 1892-3 was the most severe in our history and hit the year after the aqueduct was opened, a near miss for a project as bold as this. Another potentially disrupting event was the Russian flu pandemic of 1889-90, which took a million lives worldwide. Melbourne also suffered a typhoid and cholera epidemic around 1891 prompting the formation that year of the Melbourne and Metropolitan Board of Works (MMBW) to oversee sewerage and, later, water supply infrastructure.

The aqueduct is 66Km long, with 41Km being open cement and brick-lined channel and the remainder either tunnels or wrought iron pipes. Its water was first taken from a diversion weir on the Watts River out of Healesville then later from the Maroondah Dam, completed in 1927. It was collected for distribution in three reservoirs built to either side of High Street in then greater Preston. This locality was re-named Reservoir in 1921. The three small reservoirs are still used by Melbourne Water. The aqueduct has been submitted for heritage listing in Victoria.

The Walking Maps website has several walks in Banyule, including: 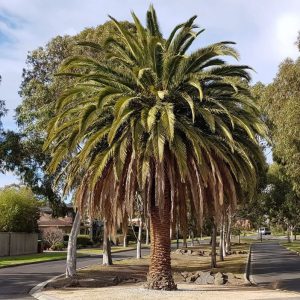 The Springthorpe Heritage Project is a website about the history of the Macleod and Bundoora areas. They recently created some heritage walks in the area:

Free Newsletter: Sign Up
Avoiding the spread of germs
Forms and documents
For tutors and class reps
Issues for the hard of hearing
Our book swap
Our defibrillators
United Petrol discount scheme
Our marketing resources
Some local walks
External links