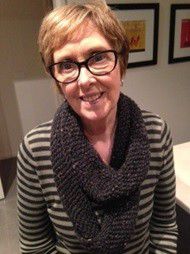 Diane was born in Sydney NSW and moved to Melbourne as a young child. She left school early due to family circumstances, married, raised a family and worked for many years in the printing industry. However, leaving school early did not mean Diane was ready to leave her love of learning. The Labour Government’s adult education scheme, initiated by the Whitlam government, enabled Diane to complete the education she felt she lacked. She returned to High School in the early 1980s, progressed to La Trobe University and worked her way through an Honours degree, a Masters degree, finally achieving her PhD in 1999. Diane’s main focus throughout her studies was Philosophy, Literature and Music. So successful was Diane in these years that she was awarded several scholarships.

Diane did some tutoring at La Trobe while working on her PhD and taught music, mainly classical piano, for many years, both from her home and in a local school’s music programme. She helps in the running of the Literature and Recorder group for Nillumbik U3A and her current interest is in early music. She also plays alto, tenor, and bass recorder in several ensembles around Melbourne and is an enthusiastic member of the Melbourne Recorder Orchestra. Diane is a dedicated member of the U3A, believing from her own experience in the importance of lifetime learning.