Brian Ellis: The New Enlightenment: On Steven Pinker and Beyond (2019)

Brian says: “This book, like the last one (on Rationalism) in 2017, was written while teaching U3A courses at Nillumbik, and the members of my classes all participated in the development of one or more of its themes.”

The blurb: “Steven Pinker’s book Enlightenment Now establishes that great progress has been made on the aims of the European Enlightenment. However, the minds of many economists, moralists and political thinkers in the West are still set firmly in the eighteenth century. The progress has been due mainly to the physical scientific revolutions of the 19th and 20th centuries, and the industrial revolutions they generated. But a new enlightenment is needed now to overcome this poverty of social theory, and bring our economists and political theorists up to date in the socially connected, commercially integrated, and existentially threatened world of the 21st century.”

Previous books by Brian include:

This is a memoir about Chris’s young life in England and her family’s migration story. Instead of selling the memoir at her book launch, Chris gave the books away but offered people the opportunity to donate to the Asylum Resource Centre and this raised nearly $1,000 for the cause.

This is a children’s book with Australian animals and a road safety message. Click here to read the book for free!

The blurb: “Macaulay Station is a lament. Lost to Frank is his close friend Charlie, dead just one year, his career a casualty of the technological revolution, his youth to the tyranny of time. It’s his fifty-fifth birthday and Julia, his partner for thirty years, has decided to spend the day in someone else’s company. Frank fears she has taken a lover. At a loose end, he travels by train into the city, intending to go to the State Library to begin the novel he always said he would write one day, and passing through Macaulay Station, he sees his dead friend, Charlie, standing on the platform. A novel for all who have anxious moments about the future.”

Previous books by Graeme include: You Never Met My Father (2014).

The blurb: “This very lively collection contains a wide sweep of poems, many of them prize-winning, taking readers on a remarkable journey. Some look to the past, others to the future, but all are of their time: the reverberating now. The tone is contemporary and bold, while the poet’s sensibility tends to favour an eclectic inclusiveness. Uniformly, this wide-ranging and poetically engaging collection demands to be enjoyed.”

Previous books by John include:

Len Vardy: Readings From The Courthouse and Other Poems (2016)

Previous books by Len include Dances Of Life And Death. 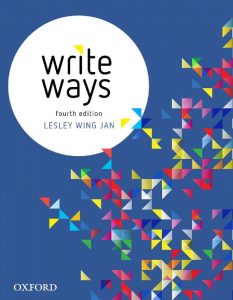 Rebecca Hayman: The Fraught Ambitions of a Man (2018)

The blurb: “Li Fu Lai just wants one thing: To be accepted as a man. But with a stutter like his, the minor matter of not being able to read and the intractable lack of an identity card, what hope does he have? Modern, sophisticated China has little patience. The Fraught Ambitions of a Man is the story of one man’s struggle to move beyond a brutal childhood. It’s the story of the friends who walk with him, each loving him in their own flawed way. And it’s the story of the miracle that surprises them all.”

Previous books by Rebecca include:

This is Sabi’s memoir about her mother’s life and arrival in Australia.

The blurb: “Gundel’s story takes place at a time of great upheaval and social change. She is born into a comfortable middle class family in pre -war Germany. She is bright, articulate and talented and looks forward to a promising career. That is, until Hitler rises to power. Because her mother is Jewish, she loses her home, several members of her family are forced to flee and her parents do not survive the war. When peace comes she is at last able to marry and despite struggling to make a living, she enjoys a brief period of happiness. Then another personal tragedy strikes. Hoping to leave those memories behind, Gundel agrees to move to Australia. It is not the way she imagined. Life is hard. Homesickness, loneliness and culture shock take their toll and like many of that first generation of post war migrants, she dies before her time . Nevertheless, Gundel’s writing and drawings show that she never lost her sense of humour or her delight in the beauty of nature and the small joys of everyday life.“