An interview by Judy Vizarri in April 2020. 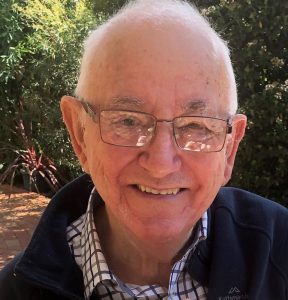 According to Wikipedia, Mahjong is a tile-based board game of “skill, strategy and calculation and involves a degree of chance“. It’s a game with many variations and, like most games, can be played and enjoyed at different levels. It is apparently an adventurous game, one which requires courage and decisive action; a game for thrill seekers, so who better to lead a U3A Mahjong group than an adventurer?

Ken Wing Jan is an adventurer. He and Lesley, his wife, are avid travellers who have visited many places in Europe, Asia and North America. Their most memorable destination, Ken says, was a visit ten years ago to the beautiful Cinque Terre – a region comprised of a group of five villages on Italy’s north-west Ligurian coast. The couple have employed “skill, strategy and calculation” whilst navigating roads, rivers and languages in the many countries they’ve visited.

Ken, who trained as primary school teacher and advanced to school principal level, is also a sports enthusiast. He was a footballer and cricketer in his youth and his love of sport caused him to become involved in schools sports whilst primary school teaching, then as Principal at Warrandyte Primary School and eventually, as Executive Officer (EO) to the Primary Schools Sports Association in Victoria – a post he accepted following his retirement from his Principal role. He is now fully retired.

In 2012, he noticed an advertisement in the local newspaper which invited residents to attend a public meeting about an amalgamation of the newly formed Eltham U3A with the existing Hurstbridge group. It was a time when, he says, he was “looking for more things to do“. Although they lived in Briar Hill, which is in Banyule, both he and Lesley joined Nillumbik U3A as they were geographically close to its classes.

Ken first enrolled into Japanese, Bush Walking and Lawn Bowls, but switched to Mahjong. He was as a complete beginner but, under Pam Griffith’s instruction, the game really caught his imagination – perhaps it complemented his sense of competition and adventure as he embraced it. At the beginning of 2019, he took on the responsibility of managing the Tuesday Morning Mahjong Group and, he says, has since continued to enjoy participating in the weekly sessions at the Eltham Lower Park Cricket Club rooms and the Lions’ Club room although “not as a teacher“.

His group is structured so that newcomers commence in the first term of each year. They are taught the rules, scoring and strategies by Lyn Fraser and Sheila Beaton during that term, and no more beginner members can then enrol until the commencement of the following year.

Ken and Lesley have been great volunteers within our organisation. As well as a Group Leader for Mahjong, Ken is also a Committee Member with responsibility for the maintenance of our head office site at the Old Eltham Courthouse. In this regard he works with Nillumbik Shire Council, a group with whom he says he has “a good relationship“. Until recently, Lesley served on the Committee with responsibilities for publicity and marketing.

Ken has made one journey I haven’t yet mentioned, he’s Melbourne born and bred – he first lived in Fitzroy and then moved to Heidelberg. When he and Lesley married, they settled in Bundoora. Eventually they leapfrogged north east and found themselves in Briar Hill, but Ken tells me the line stops there and, as a nearby Elthamite, I think I can understand why.