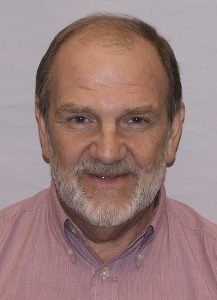 Membership of Nillumbik U3A: 3 years.
Membership of other U3As: Manningham since 2014.
Reason for joining our U3A: to improve my French language skills, especially conversation.
Other U3A classes attended: none, but I attended French classes at Manningham before joining Nillumbik.
Nillumbik resident?: I currently live in Montmorency (12 years). Previously I lived in Eltham for about 12 years..

I was born in Melbourne in 1945 and lived in Melbourne until 1980, when I took up employment in Lae, PNG. I was educated at St Bede’s College in Mentone and gained a Master of Science degree (Chemistry) from the University of Melbourne in 1972. In the period 1972 to 1980, I successfully completed two years of an Arts degree at University of Melbourne, majoring in French. I returned to Australia in 1987. My working life from 1987 until late 2014 was mainly in manufacturing and mining (laboratory management, health and safety and environment), including several stints in FIFO jobs in PNG and Australia (eg Harmony Gold at Hidden Valley, Lihir Gold at Lihir Island, MMG Century in Queensland). Overall, I spent around 12 years working in PNG.

In 2016, I attended a 5 week intensive French language course at Alliance Française in Lyon, France.

My students will learn a better knowledge of French grammar, improve their pronunciation and conversational skills, and increase their French vocabulary.

Classroom teaching – use of internet material to supplement content.

I was asked to assist by tutoring this class while their regular tutor, Roger Barnard, is unavailable. I find that I learn a lot from tutoring as I tend to prepare well so that I do not make any errors (“the best way to learn is to teach”).