At our request, Lindsay Byrnes submitted the following in July 2020. Lindsay is the tutor of our Philosophy Now class. 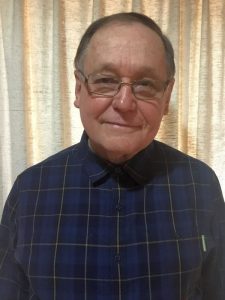 My earliest recollections are fond memories growing up in the country, but memories which were punctuated by witnessing the terrible flooding of our home in Kyogle on the Queensland border. They prompted a number of house moves eventually ending in the delightful seaside town of Coffs Harbour, followed by me leaving home for Sydney in my youth.

After a period of work and study, I established myself as a Company Secretary/Accountant, happily married. Later, after I accepted a promotion, we moved to Melbourne.

In the later period, I switched careers to sales and marketing which allowed me more time to devote to my lifelong interest in other cultures and philosophy. I joined a discussion group, attended philosophy conferences and started writing articles.

During this latter period, I visited the islands of Tarawa and Abaiang in the Republic of Kiribati to learn about their customs. In 2009, I encountered the warm heart of Africa, visiting many different communities in Malawi to determine support projects for a tiny voluntary charity that I chaired.

Following the formation of the Eltham campus of Nillumbik U3A, I served on the committee and initially tutored on value investing, before opting for philosophy. People might find that a bit odd or unusual but ultimately our philosophical views speak to who we are and what we believe in whether they are presented or not in a formal sense.

In researching the background material to present, I attempt to bring to life in a conversational coffee-shop philosophical way, the discussions and narrative life questions we all ponder, but for which we don’t necessarily have the definitive answers.