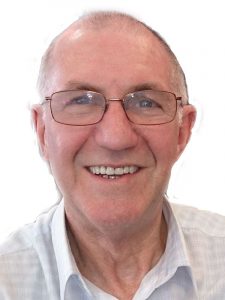 My love affair with Japanese language and culture began in 1992 when I travelled as chaperone for my daughter who had recently completed a year’s stay in Matsuyama as an exchange student. After five weeks of Japanese hospitality and exploration I found myself fascinated by the feudal history, unfamiliar customs and exciting culinary opportunities. Learning how other people think and see the world is now very important in our global village.

During the next seven years my family provided short term hosting for many Japanese students who were completing English courses at Melbourne or La Trobe universities. Interaction with those young people helped me understand the difficulties they faced learning our language. The first of those students is now married and living with her family in Eltham!

I began part-time study of Japanese in 1998 when the Education Department provided support for teachers willing to learn and teach a second language. In 2001 I was offered a position as a LOTE (Languages Other Than English) teacher. I enjoyed the next seven years sharing my enthusiasm for Japanese language and culture with all children in the school — from Prep to Grade 6.

It has been my great pleasure to lead this U3A class during the past three years. Attendance has varied over that time but small classes of three to six meant we could function well in the home environment venue.

A feature of this class is the online component utilising a program called Moodle which enables me to set class work for the members and they can, in turn, submit homework tasks for sharing and assessment. The bi-lingual features of the program facilitates delivery of class material and interaction between members in both Japanese and English. The written components of the course can be exchanged in all three writing systems – kanji, hiragana and katakana, while romaji is used to introduce new vocabulary and promote conversation.

The class has enjoyed visits from Japanese friends and family members who were able to expand our knowledge, facilitate conversation and explain some of the nuances which are not explained in text books.

Many of the members have travelled to Japan and reported joyful experiences and shown great enthusiasm for further study.