This material is courtesy of Eltham District Historical Society.

These are the adjoining streets of Panther Place (where Eltham Central Pavilion is), Library Place and Youth Road (where Eltham Guide Hall is). 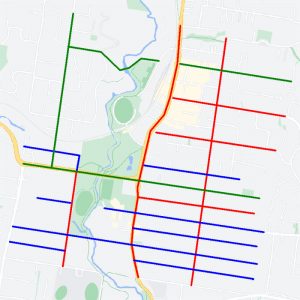 Most of the streets in central Eltham were named by Josiah Holloway in the 1850s. Some he named after his family (in blue) and some for unclear reasons (in green).

Those named after his family (in red):

Those presumed to have been named after various notables (in blue):

Those named by Holloway but with unclear origins (in green):

Eltham North and nearby

Most of the streets in South Eltham are named after either local people or local properties.