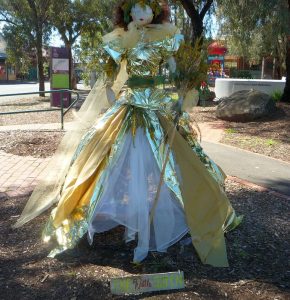 Spring at last, and with it the blooming of the acacias, commonly known as wattles, true icons of Australia.

The first 'national' Wattle Day, symbolising the beginning of spring and our increasing awareness of nationhood, was celebrated in Sydney, Melbourne and Adelaide on 1st September 1910. In 1913, Australia’s Coat of Arms was changed to include more relevant Australian symbols, featuring a spray of wattle as the background.

Nillumbik is blessed with several indigenous species of wattle and our landscape is spectacular at this time of year. Historian Dianne Edwards, in The Diamond Valley Story, tells us that in 1912 a special train brought nearly 1,000 people to Hurstbridge to celebrate Wattle Day. 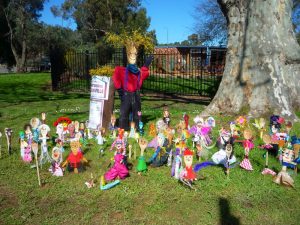 During the First World War, the wattle became a symbol of home for those serving overseas, and a means of raising funds for comforts for the soldiers. Sprigs of wattle and Wattle Day badges were sold by organisations such as Red Cross. According to Edwards, wounded soldiers returned from the war were taken to Hurstbridge to see the wattles blooming.

In the mid 20th century, the tradition of Wattle Day waned, only to be revived at the end of the century. In 1988, the Bicentenary year, the golden wattle (Acacia pycnantha) was officially gazetted as Australia's national floral emblem. In 1992, the Australian Government declared 1st September 'National Wattle Day'. In recent years, Wattle Day badges have been sold to support the CFA.

According to the Wattle Day Association website: "Wattle is Australian and represents us all. Unlike other national days, National Wattle Day excludes no one. Like our people, wattle has great diversity (with more than 1,000 species) and resilience, Wattle welcomes in the spring and is among the first plants to regenerate after fire, reminding us of the importance of renewal as it paints our national colours across our land …"

Since the revival of Wattle Day, thousands of people have come to Hurstbridge on the Sunday nearest the day – some even by special steam train – to celebrate spring and to enjoy the community atmosphere of the Hurstbridge Wattle Festival. Although the 2020 Wattle Festival has been cancelled due to Covid-19, the Hurstbridge community is celebrating Wattle Day by decorating the town with sprigs of wattle and imaginative scarecrows and other sculptures representing spring and community.

It was lovely to see the press report of these activities in Saturday’s Age. And you can experience the virtual festival online.