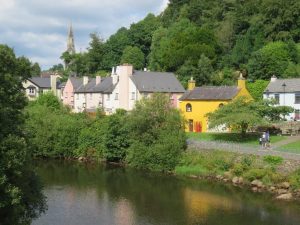 Have a look at Dianne Parslow's article about her 2017 holiday in Ireland (pdf).

As Dianne says in her introduction: "Many old buildings we visited have had several buildings on the same site; often changing use from abbey to store of arms during war and then cathedral or grand family home. Some of the original walls are still obvious. Cathedrals, abbeys and castles abound. Some are just ruins, some are being restored so they do not decay further, and others are being completely restored. Pubs and churches are by far the most common buildings around – in equal numbers."