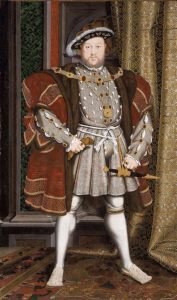 Henry VIII’s decision to divorce Catherine of Aragorn was momentous for the rest of the world in two respects. First, it led to the establishment of the Church of England which, in turn, reduced the authority of the Pope and the Roman Catholic Church. Second, via Henry’s subsequent marriage to Anne Boleyn, it led to Elizabeth I, one of the longest serving and most consequential monarchs of England and Ireland.