This exhibition lasted much of late 2017 and early 2018. There were around 30 pictures on display, with 17 artists from the Drawing & Painting Group represented.

Three of the paintings were collective works where three well known paintings were selected (by Renoir, Withers and Heysen), divided into 6 panels, and each panel was painted by one of the group. Once our individual panels were completed and re-assembled, their varied approaches offered interesting interpretations of the artists’ familiar works. The project led to much discussion and collaboration, and became a vehicle for learning about composition, colour and the artists’ unique methods, as well as about our own diverse skills. 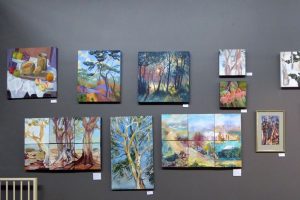 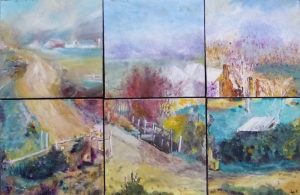 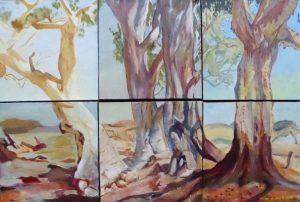 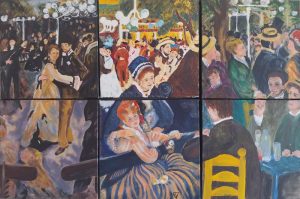