On 10th August, Terry Beaton, current Nillumbik U3A member and erstwhile curator at Hellfire Pass Memorial Museum on the Burma Railway, gave a talk on the Burma Railway to a packed audience of our members. He talked about the history and cost of the infamous ‘Burma to Siam Rail Link’ built by multi-national POWs and forced Asian slave labour for the Japanese invasion of India during WW2. 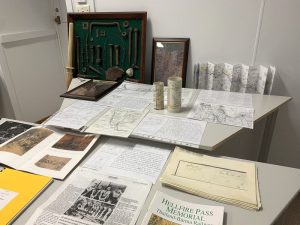 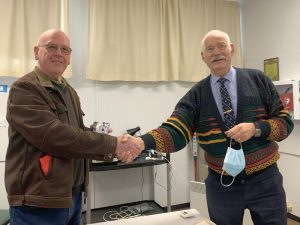 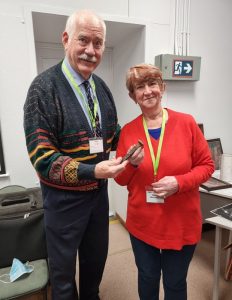 After the talk, Terry presented a spike from the railway to Nancie Marchbank, whose father was on the railway during WW2. In response, Nancie wrote the following: “I recently attended the presentation from Terry Beaton on the Thai/Burma Railway. Not only was this extremely interesting but it meant a lot to me as my father was on the railway during the Second World War. Dad would never talk about the war or his internment at all. I travelled to Hellfire Pass about 12 years ago but listening to Terry I learnt a lot more. In addition, Terry gave me a genuine POW-made dog spike from the Railway. It was made in Japanese workshops between 1942-45. Terry found the spike in 2000 at Wampo Viaduct. I sincerely thank Terry for this gift and hope that he knows how much it will mean to me and my family.”