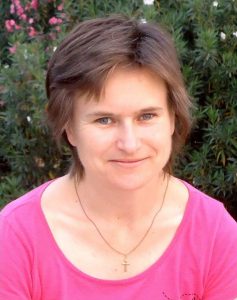 Author, Rebecca Hayman, lives in Melbourne with her husband and two children.

She has written several novels, one of which was short-listed for the Vogel Award in 2000. She has also won several awards for her children’s stories and most recently published a children’s first chapter book, Orsom’s Good Idea, in collaboration with her daughters.

In 2010 Rebecca and her family lived in India, a place which inspired her to write a series of poems. They then moved to China for three years (2011-2013).

There, Rebecca was befriended by a man who inspired her most recent novel The Fraught Ambitions of a Man. This novel is, as yet, unpublished however a (very) short version of the story won the local section of the Nillumbik based Alan Marshall Short-Story Award 2015.