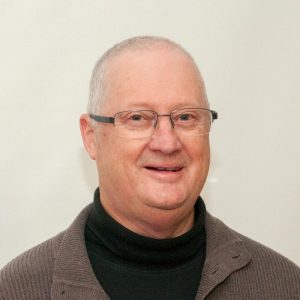 Stuart Winstanley was one of a big group of people who attended the third AGM of Nillumbik U3A in March 2012 at the Hurstbridge Community Centre. It was the prelude to the Eltham ‘campus’ being formed and, in a spirit of amalgamation, Stuart agreed to join the Committee as Vice President. Now, six years later, he has relinquished his role on the Committee at this year’s AGM. Stuart has made a valuable, generous and, at times, stoic contribution to Nillumbik U3A.

By the end of 2012, Stuart had become the Acting President when the President, Doug Rutherford, moved to Ballarat. Stuart and the team opened classes in Eltham with 28 courses on offer. Membership grew rapidly and, by March 2013, Nillumbik U3A was offering more than 200 members over 30 courses in various venues in Hurstbridge and Eltham. Stuart was elected President at the AGM in 2013. He also became the editor of the newsletter at this time. Membership continued to grow because of a concerted effort by the committee and Stuart continued on as president in 2014.

2015 saw Lyn Hatherley elected President and Stuart take on her previous role as Course Co-ordinator. When Lyn could not continue as President, and Vice President Gillian Essex had pressing family responsibilities, Stuart once again became Acting President at the end of 2015. With a depleted committee, Stuart soldiered on, performing his Course Coordination role at the same time.

In 2016, Karen Coulston was elected President and Guy Palmer Vice President. Shortly after, Stuart had a health scare and spent the prescribed time recovering. BUT(!) it was not all that long before he was back running the courses, organising venues, assisting tutors and part of the Committee. This year’s AGM in April saw Stuart retire from the Committee after an amazing contribution.

I have known Stuart throughout this time and he has always been a friendly, helpful, unassuming and enduring stalwart of our U3A. He deserves enormous thanks for his outstanding volunteering, which still continues as he assists with the monthly Jazz events and the weekly Computer groups.