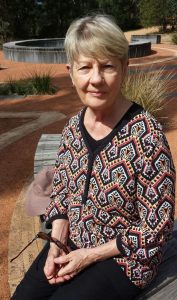 When Anne Kane, a diminutive, softly spoken woman with intense eyes and strong resolve, joined the newly formed Hurstbridge U3A at the end of 2008 she was joining a world-wide voluntary organisation.

Perhaps U3A’s aim to offer ‘Third Agers’ “low-cost educational opportunities in a pleasant social setting” attracted her, or else the knowledge that U3A had an impressive and successful history commencing in France in 1968, extending throughout Europe, Canada, North America and the United Kingdom. U3A reached Australia in 1984.

Anne, like many others, became a keen student, but also drew on her wealth of experiences to offer classes.

She joined the U3A Committee and was effective in marketing Nillumbik U3A throughout its infancy into the current dual campus model.

She honed her skills as a talented newsletter editor, sourcing stories, ensuring that important dates and events were broadcast and, along the way, building a team of willing photographers, distributors and followers.

Anne’s vision led her to acknowledge the contributions of so many members and her modesty enabled her to lead whilst remaining quietly unobserved. She has been an invaluable member of what is now Nillumbik U3A and instrumental in its growth.

Sadly, she has recently decided to stand back as Editor of the U3A Newsletter.

“It is“, she says, “time for others to add their vision to the team of communicators working to spread the news within our organisation” and demonstrating her unique understanding of Nillumbik U3A’s journey. Predictably though, Anne plans to continue as an active and willing participant in U3A classes and events.

As her ‘newsletter helper’, I’ve found her to be insightful, tenacious and dedicated to the growth of our organisation; all that a good editor should be. Now, I’m wondering what new challenge she’s considering and hoping she continues to enjoy the fruits of this strong and caring organisation into the coming years.