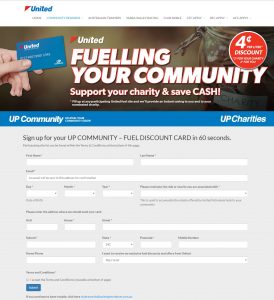 Signing up with United Petrol to raise funds for the U3A

The Committee has started thinking about ways to raise funds other than through membership fees (and thus help keep our membership fees down). One thing we have signed up for is the United Petrol Community Rewards program.

The basic idea of the United Petrol Community Rewards program is that, for every litre of fuel purchased at a participating United Petroleum, you receive a two cent reduction off the cost of your purchase AND your nominated club (Nillumbik U3A) will receive two cents a litre.

(Note that when you sign up, it says that it will send you a confirmation email but it doesn’t(!) – rather, around a fortnight later, you will receive your card in the post.)

In our near vicinity, they have stations in Eltham, Doreen, Bulleen and Doncaster East (see the map). The Eltham station is at the north end of the town centre, opposite Liquorland. 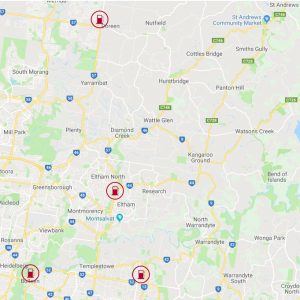