This page features Lyn Richards’ poems about local birds. We asked Lyn to give us some background about how these poems came about. Here is her reply: “Birds’ Words was for my baby grandson (whose first word was ‘bird’) to show him the personalities of a dozen of his local birds and get him thinking about what they are saying.“ 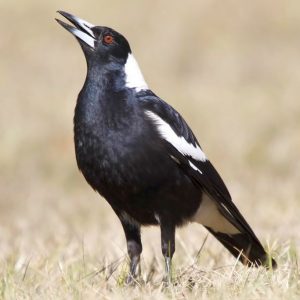 Music is the magpie in the morning,
"Quardle oodle ardle wardle lay".
Welcome to the sunshine and a warning
To any worms not safely tucked away.

Sweetest is the magpie’s song at sundown
Chortling at the doings of the day.
Most birds by evening time have simply run down
But magpies warble on with lots to say.

Their song is long and liquid, and it reaches
Over trees and hills – to far away.
Most birds have words, but magpies sing in speeches,
"Quardle oodle ardle wardle lay". 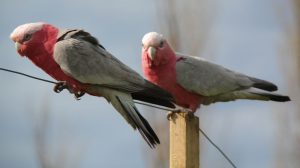 When someone says "You're a Galah!", do you think
That they mean you’re so handsome in silver and pink?
Or that you and your friends can so brilliantly fly
In a cloud turning silver, then pink in the sky?
Or perhaps that your balancing act is so clever?
Do they mean you are smart? Or intelligent? NEVER!

It’s always "You SILLY Galah!" So who's silly?
You humans can't fluff feathers up when it's chilly.
You laugh at our noise when we chatter and squawk
But we're far more efficient than you when we talk.
One screech tells us "danger!" A squeal tells us "food!"
A long squawk means "Clear off!" (Galah words aren’t rude.)

And your sense of humour is really the joke
Would galahs waste their time building us a Big Bloke?

The Big Galah, a member of Australian Big Things, is, at Kimba, at a point allegedly halfway across Australia. The 8 metre pink and grey bird is at 15351 Eyre Highway. Google Maps gives the distance from Perth to Sydney as 3,934km by road, the shortest road distance from Sydney to Kimba as ~1700km, and that from Kimba to Perth ~2230km, so it's not really close to halfway. As the 'crow flies' calculations also don’t make Kimba halfway. But maybe no other truck stop or 'big thing' is nearer halfway. 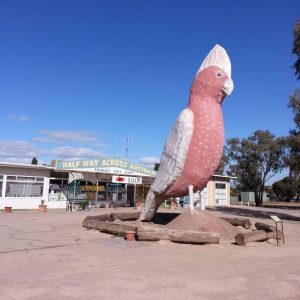 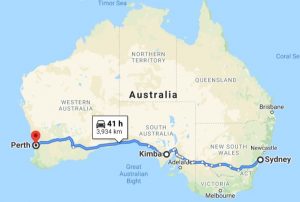 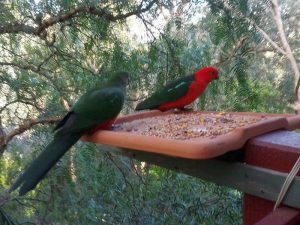 He's the King of Parrots
And she’s his Royal Queen.
His handsome head is brilliant red
And hers is gorgeous green.
But perched among the branches
They hardly can be seen.

They're the greatest parrots,
With strongest longest wing.
You’d think that they’d be loudest
But listen when they sing –
A little silver whistle,
A tiny bell-like ring.

Their talk is quiet and gentle.
This King and Queen don’t need
To squawk and screech to get their way –
They whisper as they feed.
"We’re glad you love it here, like us,
And thank you for the seed." 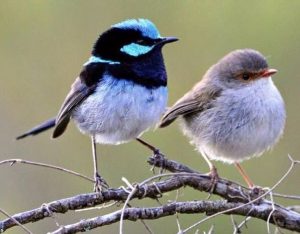 A chit and a ping to begin –
So tiny and high and so thin
You hardly can hear
When one fairy-wren’s here –
But when there’s a mob, what a din!

There’s never just one fairy-wren
A family of five, even ten,
Ping and pipe, their tails wiggling
In bird-talk they’re giggling!
Many helpers, a male and a hen.

“Do you know why we’re laughing at you?
Admit it, you haven’t a clue.
Well, you call us ‘blue wren’
But look closely again –
Have you noticed that only one’s blue!!?”

[Editor’s note: Here is an article about why male superb fairy-wrens – the subject of Lyn’s poem – are blue. For many birds, including the superb fairy-wren, the males and females look very different. In such cases, it is nearly always the male that is colourful and the female that is dull. This happens because the females choose their male partners (the males are basically happy with any partner but the females are more choosy) and they happen to generally like colourful males. So, even though colour makes them more obvious to predators, the colourful males prosper and, over time, colourfulness has become prevalent. This is a process called sexual selection, which is a different process than natural selection even though both were discovered by Charles Darwin. Similarly, with some notable exceptions (such as Australian magpies), it is the male birds that sing rather than the females. And, of course, the archetypal example of sexual selection is the tail of the peacock.] 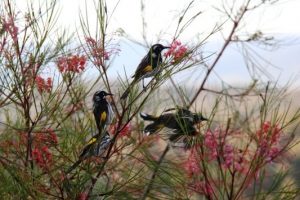 Neat feat, balancing trick
Hang from a petal, delicate, quick
Sip, slip then give it a flick.

Wattlebird glower on your treetop tower
Wait till a bird again rides every flower
Bomb! B52 with superb flying power…

But zip, flip, and the thickest twigs screen
Flashed feathers of yellow and white can’t be seen.
We ride in our hide of sharp, dense, prickly green.

Think of us, then, you people who push
Suburbia’s boundaries out to the bush

Clearing and battering, mowing land flat
Space for a playground, home for a cat. 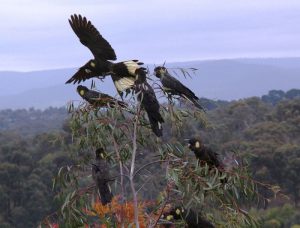 The great, long call is hills away –
Fills the air “Kee-ow, why-AAYY”
Then coming closer – now beware,
Great black wings slowly beat the air!
They glide down, swooping in to land.

Not scary if you understand
Their quiet chuckle, happy band,
They’re saying, “Guess who owns this land?“