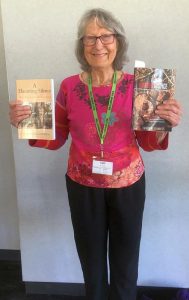 On 19th October, Nillumbik U3A member Cathy Guinness gave a talk about being a white woman in an Aboriginal world. For 40 years, Cathy has been the partner of a prominent Yorta Yorta man, Wayne Atkinson, as he has journeyed through the political upheavals of these years as a leader – putting Aboriginal voices into history, reclaiming ownership of Aboriginal heritage, the Native Title court cases, the campaign for joint management of national parks, and now the work to tell the truth about our past. Cathy has learned from Wayne what it is to be an Aboriginal activist, and she has come to understand about being white in an Aboriginal community.